Buckle Up Your Child for Safety

Home » Buckle Up Your Child for Safety 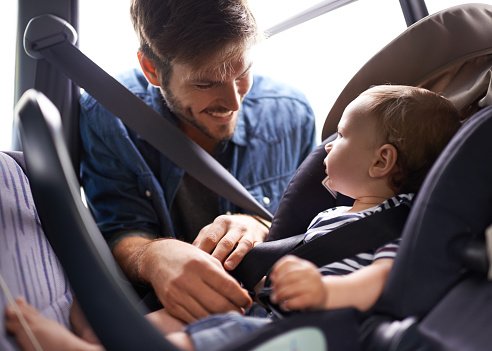 Buckle Up Your Child for Safety

What’s the best thing that you can do to ensure your child’s safety on the road? According to the Department of Transportation, it’s buckling up. Researchers from Brigham and Women’s Hospital published a paper in the Journal of Pediatrics on this topic. They reported that, between 2010 and 2014, 18,116 children were involved in fatal motor vehicle accidents and that 15.9% of these children died in the crash. In fact, motor vehicle injuries are one of the leading causes of injury and death among children. Restraining children properly in cars could save the lives of many children each year.

New York was one of the top five states with the lowest rates of death of children in car accidents. Still, nearly 3 out of every 10 000 children under the age of 15 died in car accidents in New York between 2010 and 2014. After looking at a wide range of variables, the researchers found that being unrestrained or inappropriately restrained was the major cause of child fatalities in car accidents in this period.

The best thing that you can do for your kids’ safety is to buckle them up whenever you let them ride in a motor vehicle. If you are ever in a car accident that wasn’t your fault and you or one of your children got hurt, call an experienced car accident lawyer at Linden Law to evaluate your case.