Can You Sue a Restaurant for Food Poisoning?

Home » Can You Sue a Restaurant for Food Poisoning? 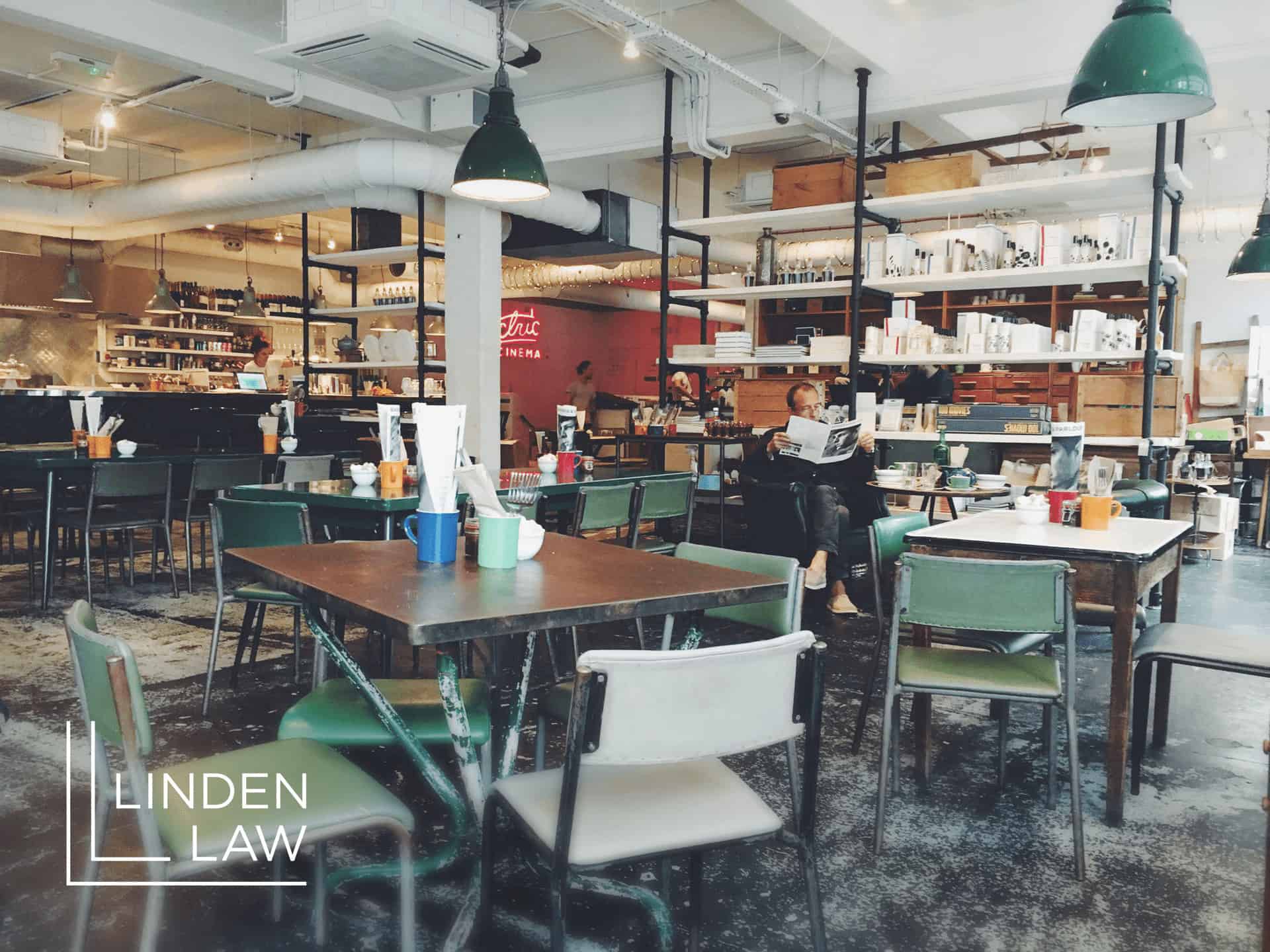 Can You Sue a Restaurant for Food Poisoning?

Going out to eat is supposed to be fun. The last thing that's on your mind is the idea of getting ill as a result of that meal. Even so, experiencing food poisoning after visiting a restaurant is more common than many people realize. While the hope is that you never have to experience this type of issue, it helps to understand that you do have recourse if it happens.

With the aid of a personal injury attorney, you can understand what protections are provided by restaurant negligence law and how to pursue compensation for any damages that result. Here are a few things you need to know about food poisoning and to seek legal redress.

Understanding What is Meant by Food Poisoning

Food poisoning is generally defined as an illness that occurs due to the ingestion of bacteria or toxins that are present in food or beverages. The bacteria or toxins may not alter the taste or in any way be easy to identify at the time the food is consumed. It's only later that signs of the ailment begin to manifest.

How fast can you get food poisoning? There's no set time that applies in every case. It's possible for symptoms to begin manifesting within a half-hour after the food is consumed. At other times, it could take up to 24 hours for any signs to develop. Generally, many people begin to experience some symptoms within a few hours.

What happens if you get food poisoning from a restaurant? There are some common signs that are likely to manifest within 24 hours of consuming the meal. Some of the more common has to do with stomach upsets. There may be cramps followed by bouts of diarrhea. Some have reported that they feel dizzy and weak.

It's not unusual for someone with food poisoning to start running a temperature. This is likely to continue until the condition is treated. In like manner, the sufferer is likely to feel a strong urge to regurgitate and may vomit more than once.

Things to Do After Food Poisoning

Knowing what to do if you get food poisoning from restaurant is always a good idea. If any symptoms develop, even if they are mild, it's wise to see a medical professional. It won't take long to determine if what you're experiencing is the result of the meal you had last night or it there's some other cause. Whatever the case, you will receive treatment that will help bring the ailment under control.

From there, the focus is on following the course of treatment. Depending on the severity of the poisoning, you may need to be out of work for a few days. The treatment may involve consuming bland foods, avoiding alcohol consumption or tobacco use, and taking whatever medication the doctor has provided.

You will also want to think about getting in touch with a personal injury attorney and outlining what has taken place. Depending on how the poisoning has affected your ability to work or to take care of anything that needs your attention, there may be grounds to seek some sort of compensation.

Reasons to Sue a Restaurant

There are a number of reasons why a consumer may choose to sue a restaurant. Some reasons have to do with injuries that occur within the facility as the result of employee actions. Others focus on the harm that comes about because of the temperature of a beverage. There may also be grounds to sue based on actions that do not cause physical harm but do emotional damage.

The Nuances of Restaurant Negligence Law

When food poisoning occurs, it generally comes under the heading of negligence. For legal purposes, negligence is interpreted to mean both actions intentionally committed by the responsible parties and the failure of those same parties to act responsibly. In other words, if the actions or the failure to act on the part of the owner or the staff leads to food poisoning, they may be held liable.

With restaurant negligence cases, there are typically four points that must be proven. First, establishing the duty of the party to provide goods or services properly. Next, there's the matter of breach, which occurs when proper precautions are not taken. Causation is also important in that a clear connection between the food consumed and the illness must be established. Last, there's the need to prove that some sort of damage or harm resulted from the event.

When you see your lawyer, the legal counsel can make a preliminary assessment and tell you if pursuing a case has a chance of receiving compensation. This will involve explaining how to sue a restaurant for negligence, what the information you have given provides in the way of a basis for the case, and what other information may be needed.

Identifying Grounds for the Case

Part of understanding how to sue a restaurant for food poisoning involves providing evidence that confirms the food poisoning took place due to the actions and/or negligence of the restaurant. This can involve taking several steps. Your legal counsel will provide some ideas of what can be done.

If you have any leftovers that were promptly placed in the refrigerator after returning home, those can be analyzed. If any bacteria or toxins are found, that will strengthen the case significantly. Failing that, attempting to reach out to the local health department to find out if there are any other complaints pending against the restaurant can make a difference.

When the meal was shared by others, find out how they are feeling. In particular, did anyone order the same dish that you had? If they have also experienced stomach complaints or vomiting during the same time period, that does indicate the restaurant served food that was not safe.

Do provide your lawyer with a list of what you ate at the restaurant, as well as a list of anything you've consumed since that meal. If the symptoms began several hours after eating in the restaurant, the latter list might be short. Doing so helps to eliminate the possibility that something else you consumed was the actual cause.

Are Restaurant Lawsuit Cases Generally Settled Out of Court?

It's not unusual for restaurant lawsuit cases to be settled out of court. This is especially true when the responsible party realizes that the evidence is considerable and that attempting to fight the matter in court is likely to lead to nothing other than spending a great deal of money. In this type of instance, it's generally viewed as a more financially sound solution to settle quietly. The fact that a settled case is likely to get less publicity is also something that may be considered.

However, don't expect your lawyer for a defective product to provide any hope that the restaurant will settle. There are plenty of cases that end up in the courtroom, and yours could become one of them. What you can expect is that your legal counsel will be there to offer the chance to negotiate a settlement that is equitable while also preparing to present the case in court.

What to Consider When Seeking Food Poisoning Injury Compensation

How much can you get for food poisoning if you win the case or if the restaurant chooses to settle? A lot depends on what kind of issues the poisoning caused for you. A lot of focus will be on losses that are classed as actual harm.

As your restaurant lawyer will explain, actual harm refers to the cost of the medical care that you've received, any projected costs for future medical care directly related to the food poisoning, and any loss of income that you incurred by not being able to work for a time.

There may be other damages that your product defect lawyer can seek. These fall under the broad category of pain and suffering. Sometimes classed as non-economic damages, this can involve issues like the anguish you felt by not being able to work, the temporary depression resulting from being unable to do the things that you want, and even anger at not being able to take a planned trip because of the need to seek treatment. Your lawyer can go over what has happened, how it's affected you, and determine if any damages for pain and suffering apply in your case.

Get Help from Our Experienced Personal Injury Lawyer

While much of your focus is on recovering from food poisoning, it makes sense to get in touch with a New York personal injury attorney and find out what can be done. Even as you continue to receive medical care, your legal counsel will begin the process of preparing a case and seeking compensation on your behalf.

As part of the process, expect your legal counsel to be in contact with you and the medical professionals who are providing treatment. At every phase of the preparation, be sure that the lawyer is up to date on any ongoing treatments you're receiving, the amount of time missed at work and the impact on your income, and any other type of inconvenience the poisoning has caused.

If you've experienced food poisoning after eating in a restaurant or even obtaining takeout from a local eatery, don't assume nothing can be done. Contact a lawyer today and provide all the details possible. After evaluating the information that you provide, the lawyer can discuss possible actions to take and what sort of outcomes may take place.

Categories: All, Can You Sue