Types of Ceiling Collapse Accidents and What to Do Afterward

Home » Types of Ceiling Collapse Accidents and What to Do Afterward 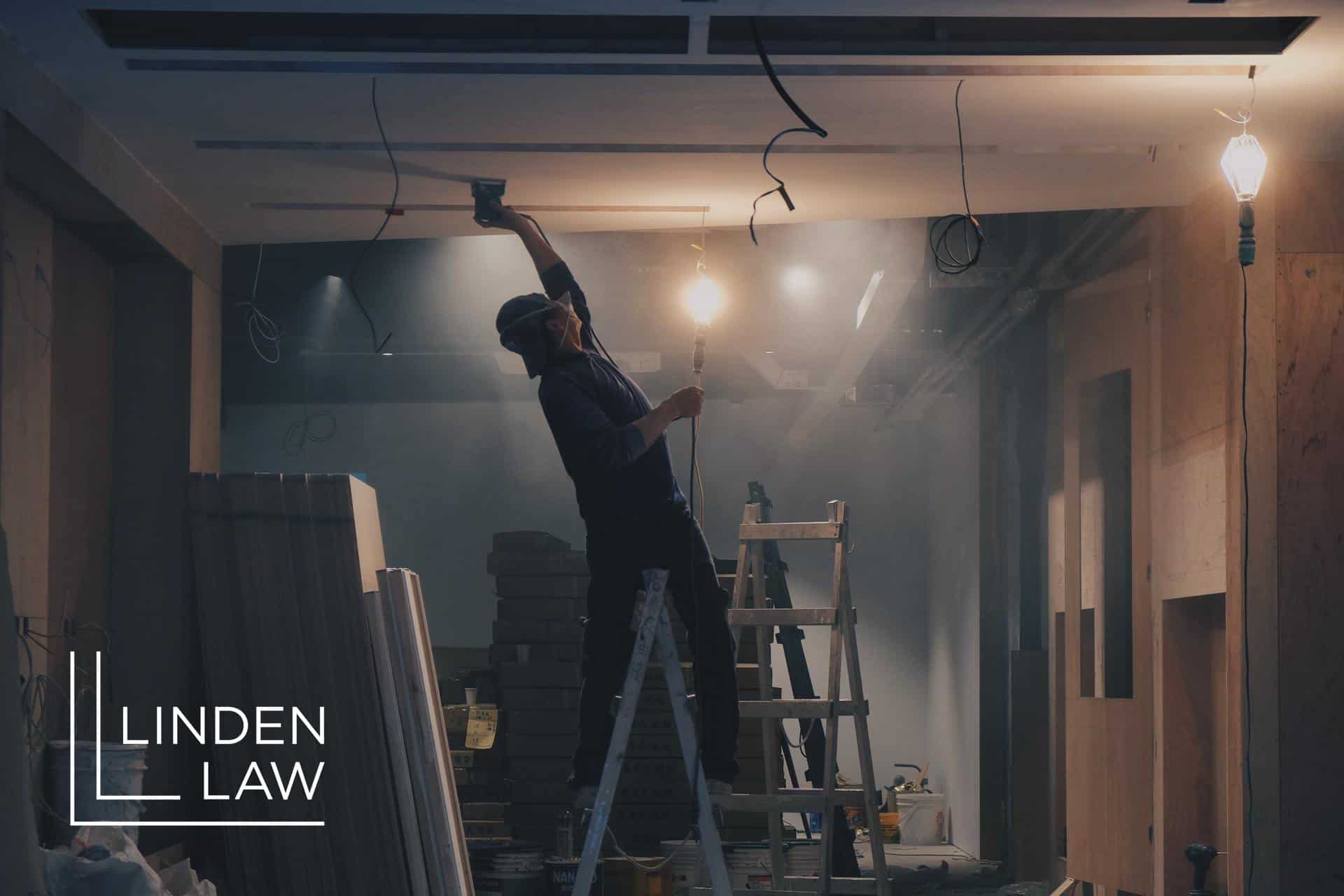 Types of Ceiling Collapse Accidents and What to Do Afterward

Most people don't give much thought to the ceilings that are over them in their homes, their places of employment, or the venues where they shop or seek entertainment. Ceilings are found in just about all indoor spaces. While it may have never happened to you, there are incidents that involve the collapse of ceilings.

Whatever the setting, there's a real chance of someone getting hurt. At the very least, it will take time, effort, and other resources to remove the debris and install a new ceiling. Depending on the circum-stances, seeking the services of a ceiling collapse lawyer may be in order. Here are some of the things that you should know about ceiling collapses and why retaining legal counsel may be the most practical thing to do.

Signs That a Collapse May Happen

Ceilings don't have to be decades old in order to collapse. In fact, a number of factors can lead to this type of event. With many incidents, there are some ceiling collapse warning signs that can be spotted in advance. Being aware of them can aid in taking action before the collapse occurs and possibly prevent people from being injured.

Sagging is a sign that the ceiling is not stable. The sag could be anywhere along the line of the ceiling. For example, it could be located around the center of the ceiling. That tends to be the most noticeable spot for this type of condition.

Keep in mind that the sagging may also occur closer to one of the interior walls. Thanks to the stress that sagging creates, the collapse may set off a reaction that involves the entire ceiling. While the cost to fix the sagging ceiling is considerable, it's lower than the cost of dealing with the aftermath of a collapse.

There are other signs to consider. Cracks, even minor ones, indicate the ceiling is no longer as sturdy as before. Small circles or blisters that appear around the nails or crews that hold panels together also indicate potential trouble. As with the sagging, taking steps to repair the damage and stabilize the roof could avoid a complete collapse. 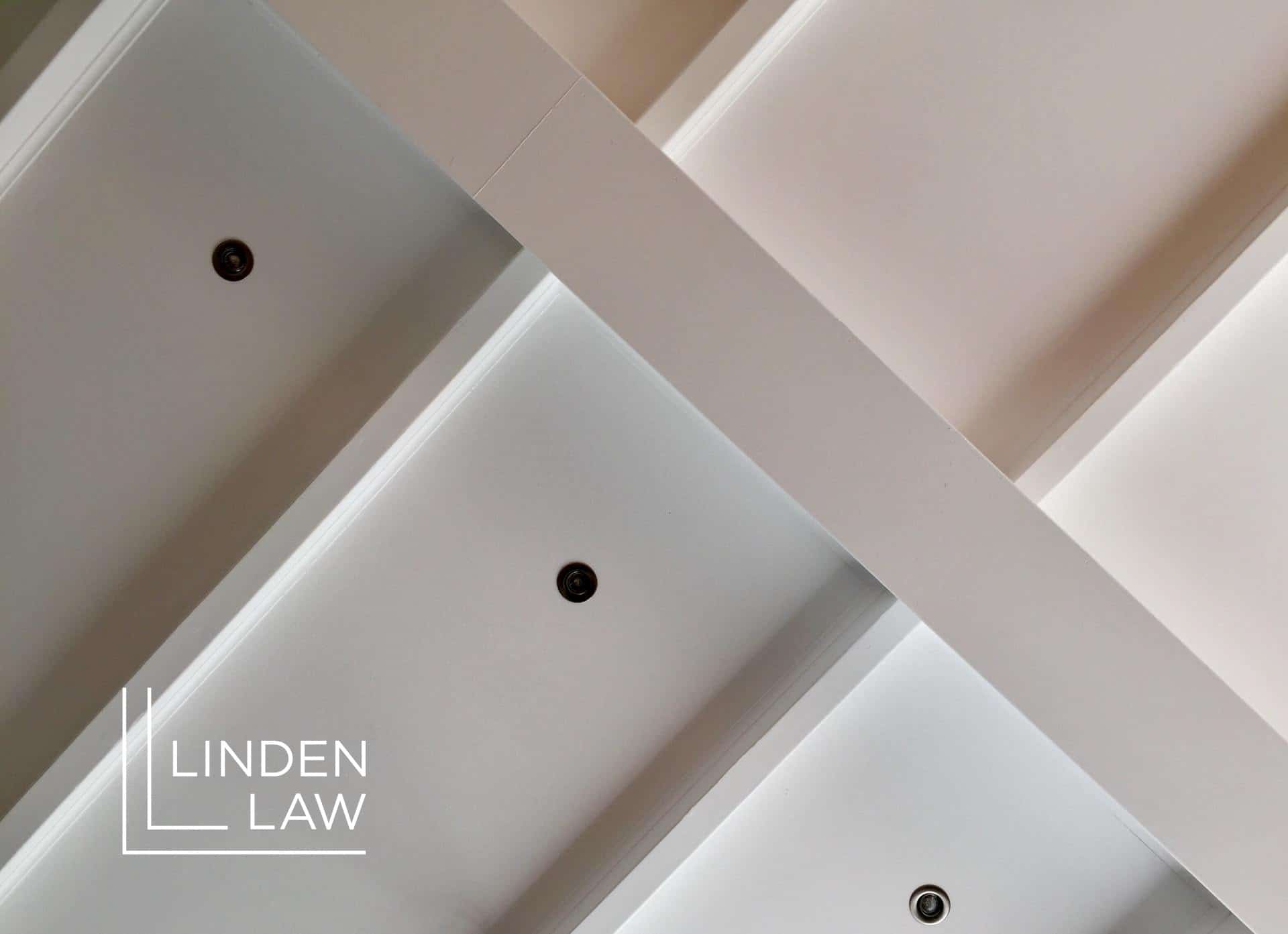 Just as there are a number of circumstances that can trigger a ceiling collapse, the range of accidents that may be involved is varied. Here are some examples of the more common types of accidents:

·         Fire damage can lead to a collapse and subsequent injuries. When the fire weakens supports that keep the ceiling in place, it's only a matter of time before it comes down. That can result in burning materials striking those below. Even if the ceiling fragments aren't on fire, the sharp edges can cause major physical damage.

·         Water damage can also lead to a collapse and damage to whoever is below. The result can be serious enough to require hospitalization. In addition to the injuries sustained by anyone at the scene, the amount of structural damage can be significant.

·         Wind damage also poses a serious threat to life as well as to the rest of the property. High winds from tornadoes or hurricanes are two examples. Along with destroying ceilings, the rest of the building may also be leveled.

·         Structural imperfections may lead to this type of accident. If the ceiling was not in full compliance with building codes, a collapse could happen at any time.

·         Collisions may lead to a collapse. In an industrial setting, forklifts that come in contact with ceilings may cause enough damage to bring it down completely. The same is true with cranes and other heavy equipment.

These are only some of the kinds of ceiling collapse accidents that may occur in residential, commercial, and industrial settings. Insurance providers, as well as injury attorneys, can provide more ideas about what can lead to a ceiling collapse.

Whatever the reason behind the collapse, there's no doubt that some sort of cleanup and restoration will be in order. Knowing what to do when your ceiling collapses is something that you should know, even if you hope that this sort of thing never happens. It's possible to break the process down into a few sim-ple steps.

First, determine if anyone is injured. Notify the authorities even if everyone seems to be fine. If anyone is trapped under debris, calling for help will ensure people who know how to deal with this type of emergency are on the scene at once.

If you are not the property owner, notify that person at once. They will need to be on the scene as quickly as possible.

Take images of the damage. It's not just the damage to the ceiling but also damage to anything found underneath. The goal is to document the extent of the damage for insurance and legal purposes.

If you own the property, notify your insurance provider. This helps to get the process for filing a ceiling collapse insurance claim started. There will be additional details later, after a professional evaluate the site, and identifies the cost for debris removal and general repairs.

Last, retain the services of a ceiling collapse lawyer. Even if no one was hurt, there might be some fac-tors indicating that previous work on the structure is the cause for the ceiling failure. If so, you will need legal help to pursue action.

Who Can Be Liable for a Ceiling Collapse in New York? 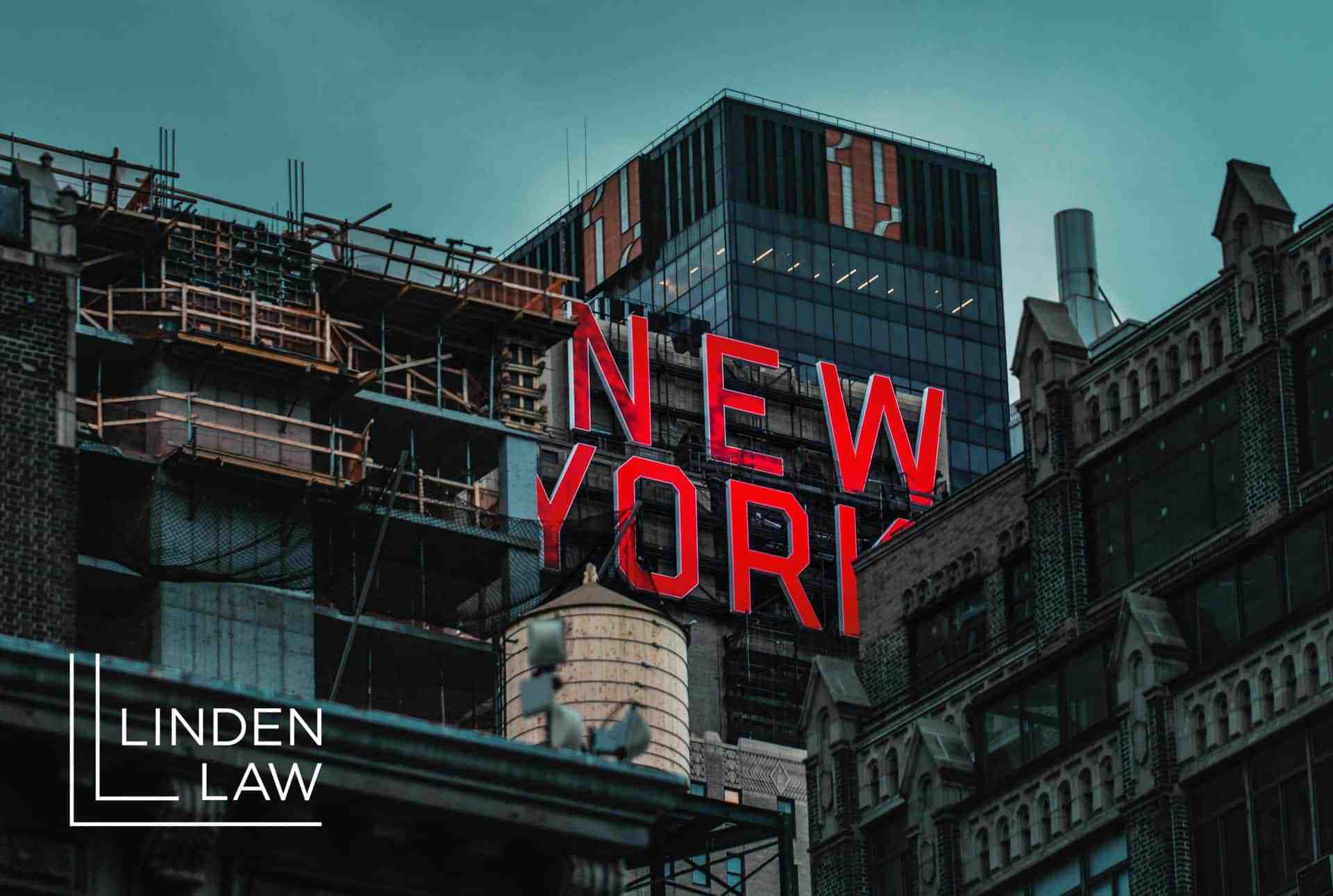 In the aftermath of the collapse, there are bound to be a lot of questions. One of them is how long does it take to replace a ceiling, while others tend to focus on who will be held responsible for the collapse. The truth is that quite a few people can be found responsible for what has taken place.

The building owner has the responsibility for ensuring that the place is safe and in compliance with current codes. When the collapse is due to a lack of maintenance, the owner is the most like person to hold liability.

Tenants renting spaces may also be held liable. This is true if it can be proven that the collapse is the result of negligence on their part.

Construction professionals may be held liable, especially with recent structural changes to the building. Assuming that the work had anything to do with the integrity of the ceiling, they may be found respon-sible for the collapse.

In the case of arson or other intentional damage caused by other parties, they are likely to be found re-sponsible for the collapse and any resulting harm that came to individuals within the structure. The re-sponsible parties are also likely to be held liable for damage to furnishings and personal belongings.

Evidence to Give To Your Lawyer

In order for your legal counsel to pursue action and protect your interests, it pays to provide all the evidence that is at your disposal. One of the most helpful bits of evidence is photographic. Simply put, images that you capture of the damage and the general condition of the ceiling materials will make a difference.

Images that show how the ceiling sustained water or fire damage, or perhaps damage due to termites, will come in handy. The same is true with any images that indicate some of the ceiling materials were sagging prior to the collapse. Finally, images that indicate the damage was caused by intruders who entered the property with the intent to cause harm will make a difference.

If the ceiling was recently installed, data about inspections by the contractor and the local jurisdiction will be of interest. Even testimonies of people who recently noticed something odd about the ceiling could prove to be helpful.

Evidence Your Lawyer Will Seek to Obtain From Other Sources

While anything that you provide to the ceiling collapse lawyer will be helpful in determining what caused the ceiling to fall, don't be surprised if the legal counsel also looks elsewhere for additional evidence. That may involve requesting copies of building inspections for the last several years, reports from insurance inspectors, and possibly asking yourself and others who were in the building additional questions.

The goal is to reconstruct the history of the ceiling and determine what contributed to the eventual collapse. Doing so will likely make a difference in who will be held liable and to what degree they retain responsibility.

What Kind of Potential Compensation Can You Expect? 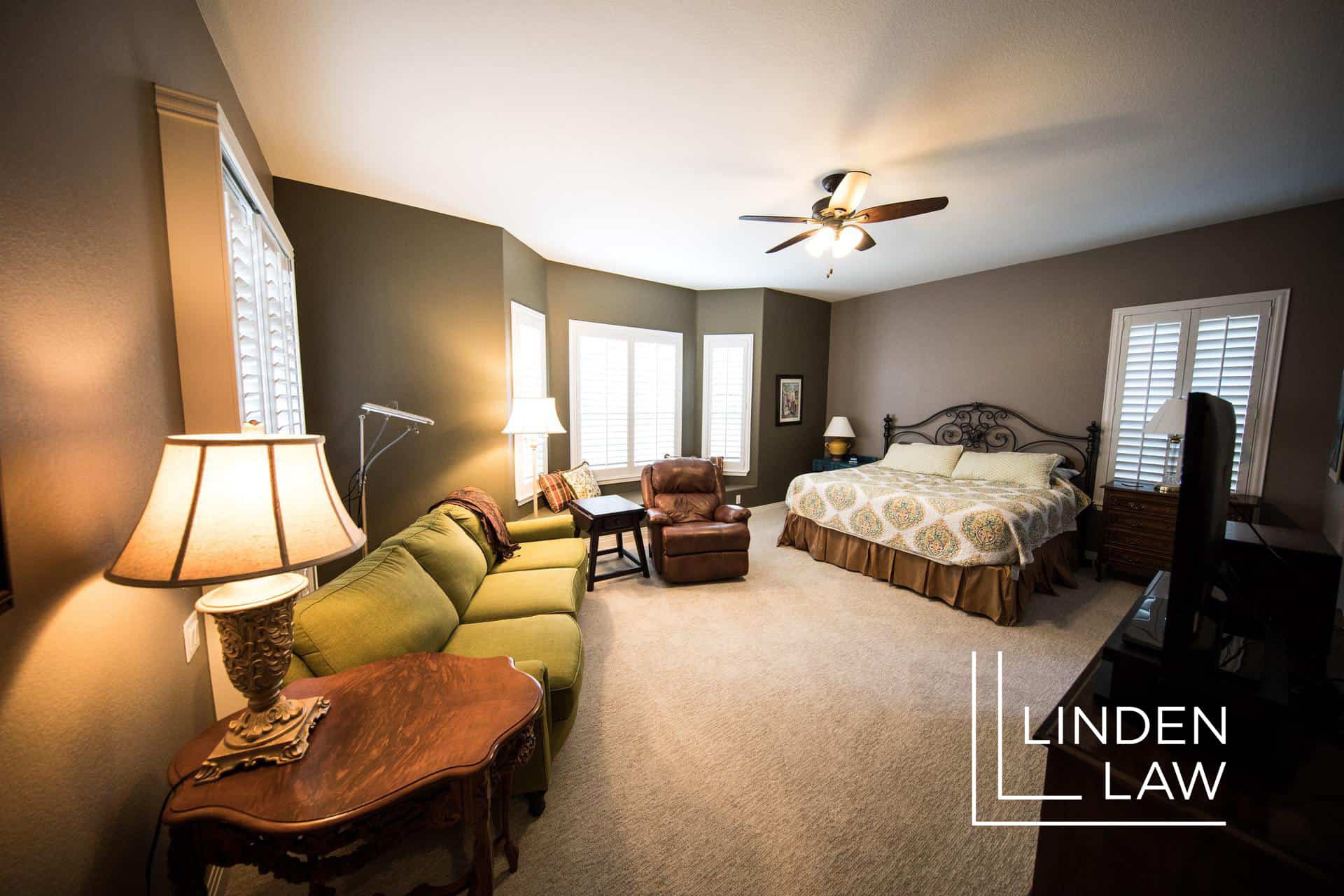 The issue of ceiling collapse compensation is bound to be of interest to anyone who is involved in the incident. This is true whether you are the property owner, a tenant, or someone who was in the building at the time and sustained some sort of injury or loss.

Depending on the causes for the collapse and if negligence is a factor, a number of variables impact the kind of compensation that may be provided. Medical expenses, including immediate and ongoing treatment as well as rehabilitation, are one such consideration. Loss of income due to not being able to work is another example. Permanent loss of vision, hearing or mobility will also make a difference. The value of possessions lost as a result of the collapse may also be included.

For those who are not responsible for the collapse, the issue of accepting a settlement from an insurance provider is likely to arise. If you're asking yourself how much should I settle for negligence ceiling collapse, it's smart to have advice from a lawyer. Your legal counsel is likely to identify some form of loss that you would otherwise overlook. That makes it easier to determine if the settlement is a fair one.

Keep in mind that no one is obligated to accept ceiling collapse settlements. All injured parties do have the right to pursue the case in court. That is the most likely course of action if the settlement offer is deemed insufficient.

Get Help From Our Experienced Ceiling Collapse Lawyer

Whether you own the property or happen to be someone who was injured when a ceiling collapsed, you need legal representation. Thanks to your Ceiling Collapse lawyer, you will be in a better position to pursue compensation for any type of loss that was sustained in the event. You will also have someone who will prevent others from putting pressure on you to settle for less than you deserve. Make that call today, and leave the matter in the hands of your legal counsel. It may be easier to get on with your life than you thought possible.

NYC name a street after Linden Law - LINDEN Boulevard
What's the Safest Way to Travel? Travel Accident Legal Help
Injuries from Falling Down Stairs - Lawyer Help
Can You Sue a Police Officer in New York?
Steps to Take When Doctors “Breach Duty of Care"
Men Get Breast Cancer Too